The team behind El Gaucho Hospitality, along with Chef Jason Wilson, operates as Fire & Vine Hospitality. The partnership was designed to share strengths and create new opportunities for future growth. The Fire & Vine Hospitality team is responsible for overall operational leadership, culinary expertise and product sourcing, marketing and technology support for each of the properties in the company. 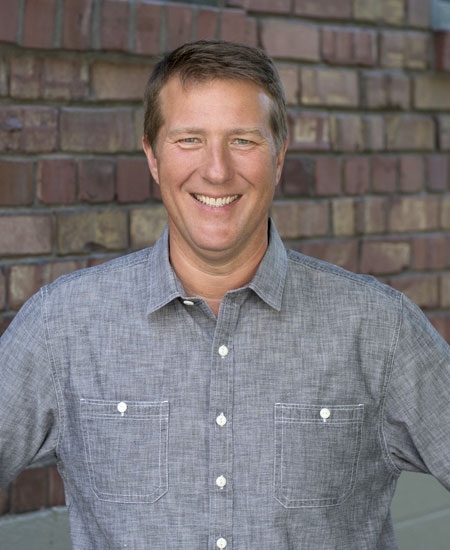 Since joining El Gaucho and his father and founder, Paul Mackay in 2003, the two worked together to build a special place for people to celebrate their lives. Over the years, Chad developed strategic direction to promote continual growth and in July 2017 announced the evolution to Fire & Vine Hospitality. The operating company manages the El Gaucho family of restaurants and the Inn at El Gaucho, an operating partnership with Chef Jason Wilson’s restaurants and new properties set to open in 2017 and 2018. His primary responsibilities include developing the company’s people and structure and continuing to foster the El Gaucho legacy of service to our guests and community. As a dedicated member of the Seattle community, Chad is active in the Washington State Hospitality Association and Visit Seattle, as Finance Chair and Board Chair.

Previously, he served on the Washington State Tourism Advisory Committee, the Washington State Tourism Commission and the Seattle Sports Commission. Active in many philanthropic organizations, Chad and his wife Jennifer co-chaired Seattle Aquarium’s 2012 Splash! Fundraising event, as well as the Celebrity Waiter’s luncheon, benefitting the Leukemia and Lymphoma Association. Chad holds a BA in Business Administration from Seattle University and is a private pilot. His wife, Jennifer, is a tax attorney and mother of their two sons, Eliot and Owen. 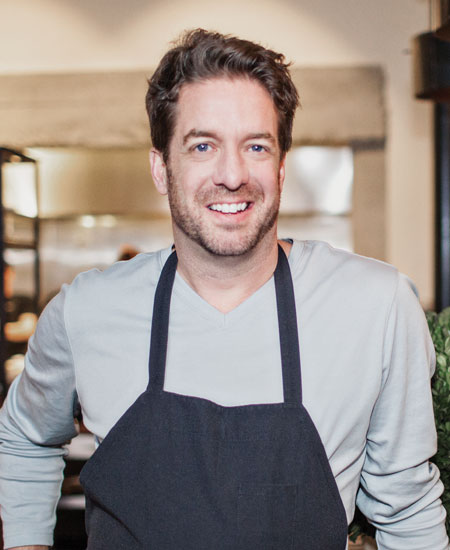 Jason’s tenure in the restaurant business spans over 25 years. His prowess for cooking American Regional Food in the Pacific Northwest has lauded numerous awards and celebrity status in the culinary world. His first restaurant, CRUSH, propelled him as an innovator in modern cooking styles and a leader in fine dining, both locally and nationally.

Opening Miller’s Guild brought a new level of wood-fired craft cooking to Seattle and earned a spot on Fodor’s “Top 10 Steak Houses in the Nation.” Jason’s approach as an innovative and entrepreneurial chef has helped him play an influential role as the Executive Chef and Product Developer for COFFEE FLOUR as well as Culinary Director of El Gaucho Hospitality. 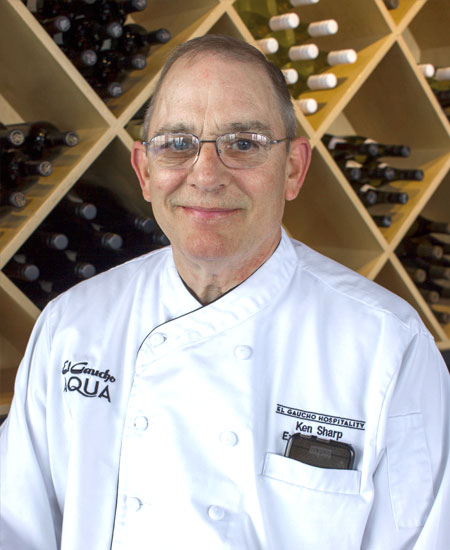 Imbued with a passion for cooking at an early age, Chef and Partner Ken Sharp began his career at Seattle’s Olympic Hotel while still in high school. Encouraged by the chef at the Olympic, Sharp attended the Washington State Chef’s Apprentice Program at Seattle Central Community College, earning a culinary arts degree. Sharp held a number of different posts including managing the food service division at Steven’s Pass, the broiler at Mirabeau Restaurant and butchering for the Red Lion Inns. Sharp spent five years as the chef at the Seafirst Bank Executive Dining Room redesigning and constantly upgrading its cuisine.

In 1984, Sharp had the opportunity to join legendary Executive Chef Earl Owens at the newly opened Metropolitan Grill. He went to work with general manager Paul Mackay to make the “Met” a legendary steakhouse. Collecting accolades for the “Met,” Sharp collaborated with the parent company, Consolidated Restaurants, on projects such as Union Square Grill and Pescatore until 1996. In 1996, Mackay recruited Sharp to join him for his newest venture, a revamped Gaucho in Belltown. His culinary expertise in both cooking and the preparation of specialty beef made him a natural choice to head the kitchen at El Gaucho.

As Corporate Executive Chef, Sharp brings his ability and expertise to each of the El Gaucho Restaurants. In addition to recreating his legendary “best steak in town” at each El Gaucho, Sharp oversees all of the sourcing for Mackay’s seafood restaurant, AQUA by El Gaucho. 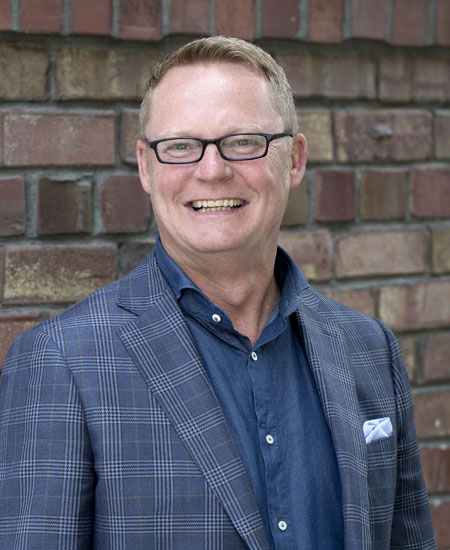 A Missouri native and University of Washington graduate, Cooper has worked in Seattle’s restaurant industry for over 20 years at some of the city’s most famous restaurants. Cooper was recruited in 2007 by owner Paul Mackay to manage El Gaucho Seattle because of his natural sense of hospitality, and was personally mentored by Paul to learn El Gaucho’s history and philosophy regarding high standards of guest service.

Cooper loves being dad to his daughter, Sophia Grace, and husband to his wife Rebecca . In his spare time, he enjoys camping, golfing, Husky Football, driving his 1974 VW “Thing” (in the summer) and spending time exploring the city. In his home town he’s known and remembered for singing “Deep in the Heart of Texas” in his 5th grade play, which people still talk about today! Some of his most treasured items include his grandfather’s 1944 World Series Ring.

Hailing from Minneapolis, Tony has been in the hospitality industry since 1988. Starting his career as a bellman at the Phoenician Resort in Scottsdale, he quickly discovered a love for the business. A year later, Tony moved back to Minneapolis and started a seven-year stint with the Whitney Hotel, a premier boutique hotel in the city, while completing his degree at the University of Minnesota.

In the fall of 1995, Tony packed up his golf clubs and trekked to Seattle, and also made the switch from hotels to restaurants. Starting as the maître d’ at West Seattle’s iconic Salty’s on Alki, he stayed for nine years and worked his way up to General Manager. After a few years at Ivar’s Salmon House, the opportunity arose to work with friend and colleague Cooper Mills at El Gaucho Seattle. With a strong belief in the concept, atmosphere, character, and integrity that Paul Mackay has created with El Gaucho, Tony has enjoyed his time in fine dining. After all these years he still has the passion to please that he did as a new bellman at the Phoenician resort many years ago. 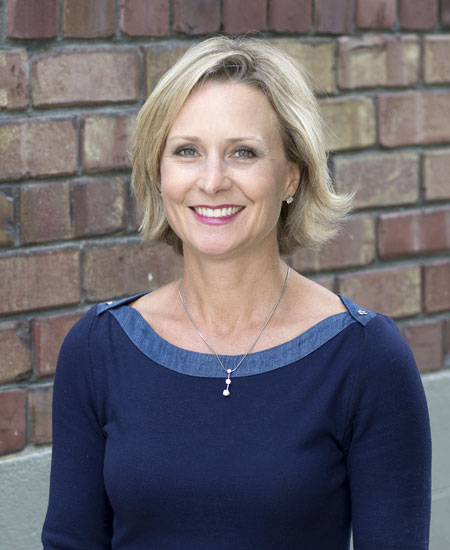 Raised on a third generation wheat and cattle family farm in Eastern Washington, Tamara loves combining her agricultural background with her unique career in special events production, non-profit fundraising, and recruiting in the consumer goods industry. Tamara joined El Gaucho Hospitality in 2012 and is responsible for the overall brand marketing strategy and implementation, communications, and the company’s very active charitable giving program. Tamara ensures the stories behind the El Gaucho Hospitality people and products are told, through writing for the company blog “The Gaucho Gridiron,” through email and newsletter marketing, and social media.

With a degree from Washington State University in Communications, Tamara now loves living in “the big city.” In her spare time, you might find her enjoying all that the Pacific Northwest has to offer, through running, hiking, yoga, attending a show or museum, or checking out a new restaurant or winery with friends and family. She also has completed her Level One Certification through the Court of Master Sommeliers. Her greatest joy is being mom to her son, Gunnar. 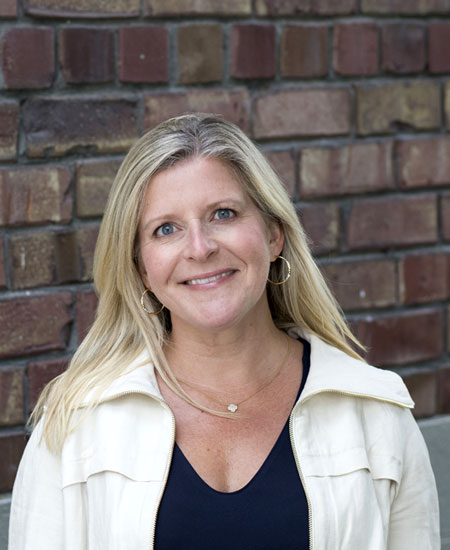 Beth loves a good story – finding and sharing them is what drives her love of communications and public relations. A Northwest native, Beth was born and raised in Portland, Oregon and graduated from Gonzaga University. She began her career in the heady days of 1990’s Microsoft public relations. After 9 years in high tech PR, she started an independent consulting practice serving clients more in line with her personal interests including education and families, food and dining. Beth began consulting with El Gaucho Hospitality in early 2014 and happily joined the company as Public Relations Director in 2017. Her approach to media relations is based on a great respect for journalists and she loves matching up a writer with a story they want to tell.

Gathering friends and family around the table is Beth’s favorite activity. Beth loves to cook and entertain and is happiest when her home is full of the sounds of her two teenaged kids, Katie and Peter, and their friends. Traveling, being outdoors on a run, working in the garden and walking her dog, Nelson, keeps her head on straight and her feet on the ground. 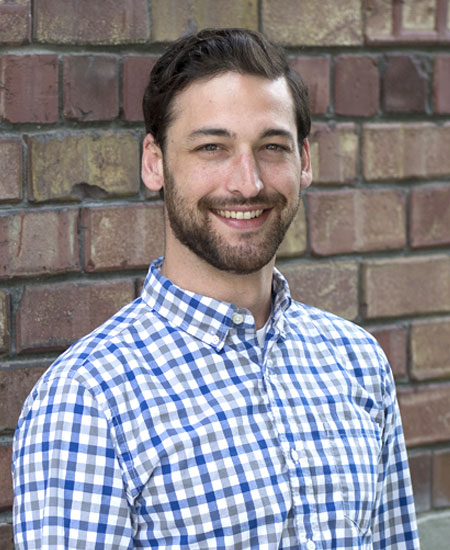 Born in Boston, MA and raised in Redmond, WA, Zach joined the El Gaucho team in 2016. After studying Political Science and Marketing at Gonzaga University in Spokane, WA, Zach was lured to Belfast, Northern Ireland to flex his creative muscles, working as the Communications Assistant for the country’s oldest peace and reconciliation organization. Though he loved his time on the Emerald Isle, the magnetic pull of the Emerald City brought him back to find work.

Zach is responsible for social media content, online customer reviews, coordinating our loyalty program, and is our resident photographer and videographer. His hobbies include rock climbing, snowboarding, photography and tacos. Yes, Zach considers tacos a hobby and takes it quite seriously. 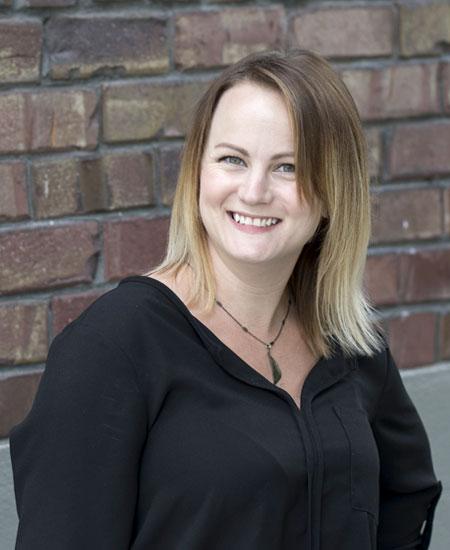 Kim brings organization and a motivational energy to the Fire & Vine team as well as a stash of candy and treats to sweeten our days. She was born in Edmonds but grew up in Oso, just outside of Arlington, WA. She earned her BA in Hospitality Business Management at Washington State University and previously worked in the service industry with food and wine before joining the El Gaucho Bellevue team in 2011. She joined the Fire & Vine management team in 2017 for a new challenge and to be part of a new area of growth for the company.

Spending time with her friends and family, as well as her adopted Terrier mix, Brody, is a huge priority for Kim. She enjoys being outdoors, especially hiking and camping, as well as traveling the Northwest and the world including Mexico and Thailand. Kim’s creativity comes to light with crafting projects including sewing, painting and repurposing vintage finds to make gifts and décor. Kim is a natural care-taker and keeps the team on track!